I’m working on a new piece of work – in a genre I’ve only just discovered – video poetry.  Not the same as a podcast, or just a poet speaking to camera, but the fusion of words and images ( I think!).  I was a bit sceptical at first.  I mean if you’re a poet don’t you paint with words? Won’t the visual aspect of the film overpower the language? But I’ve found some beautiful examples of words and images working together to create a powerful effect. See http://movingpoems.com/ for some lovely examples of film makers and poets coming together to create  something new.

I decided to use my traintweets project on twitter. Briefly, at the start of May I set myself the task of writing a line of poetry in 140 characters a day on my daily train commute to work. You can follow me on @wordpoppy or find my tweets by using the hashtag #traintweets.

Once I had all these little gems I wondered if I could make something out of them, so this videopoem consists of my daily tweets. It’s a type of poetic journalism I suppose. I’ve made myself respond to the landscape daily. In some ways being limited by the daily journey has been liberating. The train window has become my frame

Finally I’ve finished the video  – there were lots of technical difficulties – and it took ages to sync the visuals and audio together. Then I wondered if syncing is desirable as the visual will usually overpower the language, and make the language more redundant. But I’m quite pleased with the result.

So, here it is. My first videopoem.

#traintweets by @wordpoppy. A poem devised from daily tweets as I commute to work

Please let me know what you think – I’d love to know, especially as I’m entering a competition with this, and this is very much, a first attempt. 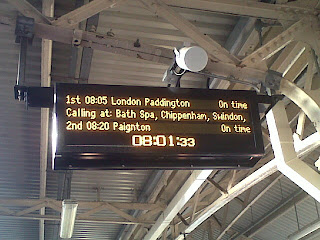 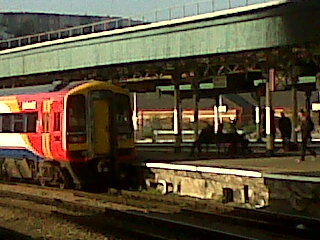