At the weekend I visited Cornwall. Here’s a little something that emerged from the trip. 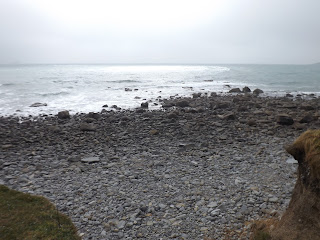 In Watch Tower Cottage Peg picked up her thread and continued with her cross-stitch tapestry of rhubarb and shears. She’d found it lying in a charity shop.  Someone had lost their thread and failed to complete the pattern. Peg was naturally a completer finisher and took on the challenge gladly. You could discover a great deal about people’s lives from charity shops.

She wondered about the scent of death – if the person who donated the mac or the pair of trousers had thrown things out or whether someone’s entire wardrobe had been donated after they died. On principle she did not buy clothes which looked as if they were worn by anyone under 60. An arbitrary figure but one she felt comfortable with. Her mobile began its irritating trill. The screen flashed a message from Anthony.

‘Sorry Peg, but it’s over. No hard feelings eh?’

She laughed; her feelings weren’t hard they were raging explosions. She swam in the heat of them – a hot flush slicked her body with an instant sweat. It was true then, he had been sleeping with her. She looked down at her hands, her thighs, thought of what she’d given and got. No hard feelings eh?

She texted back: ‘Of course. Come round to say goodbye.’ 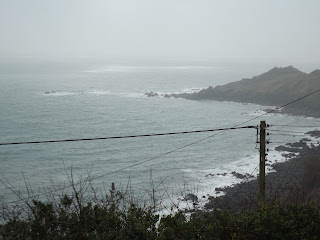