I met Dave Peak over twenty years ago, when I attended his evening classes in creative writing. He was always hugely encouraging to fledging writers including me. Graduates of his classes have set up writing groups and gone on to work in magazines such as The Spark.

Dave encouraged me to celebrate my ‘unique voice’. As he put it recently if there’s 100 people in a room 50% will like you and 50% won’t, but there will be no-one else who can write in your voice, in your style. He also encouraged me to believe in my writing, something I’m still struggling with, but which makes an enormous difference to my ability to be creative, and get to the nub of things.

I left his class when I had my first child and lost touch with him until recently when he read at a spoken word event – Word of Mouth, at the Thunderbolt in Bristol, last month.

Dave has had three novels published: No 4 Pickle St, The Cotoneaster Factor and Go Gentle. 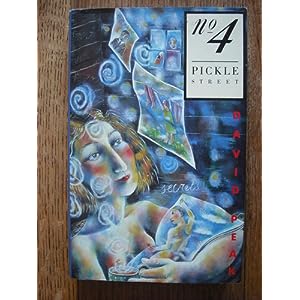 This is an extract from his unpublished novel, Miss Woo Country.

Once the storm passed a hypnotic wind came through the french windows carrying with it the smell of the hedgerow. I doubt Colquahoon noticed. He’s more a numbers man. Most times he crosses the dayroom
without sound like a butterfly on a summer day. Is it summer? Or summer’s? Jugg used to explain that sort of thing and then he’d make transgressors – of which I was one – write it out oh a hundred times.
I shall not in italics do whatever it is again. Such severity had its good points. For example I’ve never since spelt different wrongly. I used to miss out the first e. Jugg wore linen jackets whose pockets
were dappled with chalk dust. I don’t think he ever married though he did have a number of whitened cats. They were in the paper when he died. Homes Wanted. Ten to one they drifted back. Cats don’t settle
easily elsewhere. The word’s territorial. Like me. I was never one for roaming or for following in the footsteps of whoever. I was afraid something might happen while I was out of range of home. A certain oh
no leapt to mind if ever anyone suggested a night away.

If only I could make it out to the patio under my own steam. It’s an ache. Not an unpleasant one necessarily. I’m perturbed by Colquahoon’s fixation on his Times when he can – in fact – get up and go out there
if he wishes. Perhaps he’ll occasionally cross his slippers or clear his throat. Any number of things. I heard Harry invite him earlier – Harry’s good like that though not with me evidently – for what he
called a turn round the grounds. Old Colquahoon dug his heels in. I’m fine where I am, he said gruffly. I enjoy the occasional adverb even though Jugg said too many are a sign of laziness. I’m not even sure it
was gruffly. I used it because it made the sentence scan in my head.


Dave – thanks so much for sharing your latest work – Grace.